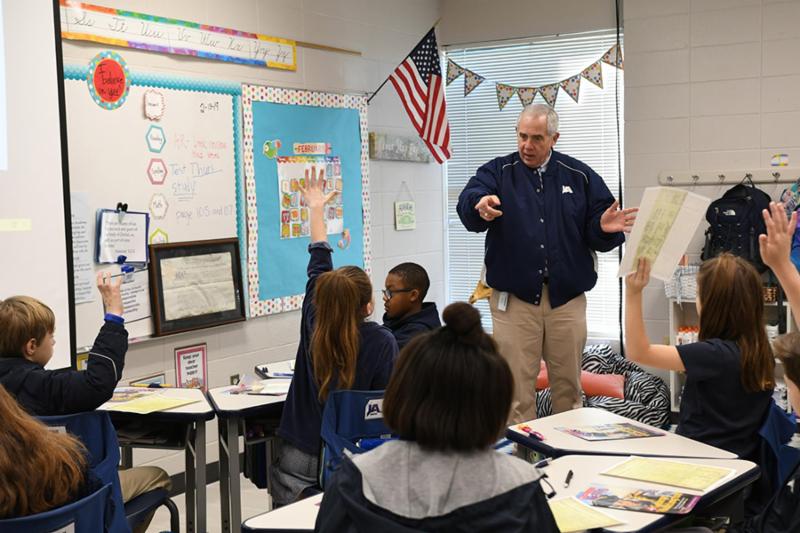 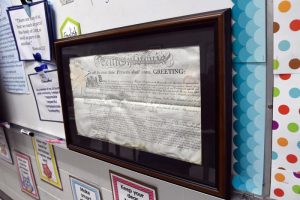 Head of School Jack Milne stepped back into his role as history teacher last week when he brought to fourth grade classes a 227-year-old deed signed by Thomas McKean, who also signed the Declaration of Independence. The students were in the midst of a history unit on George Washington and the Revolutionary War. Milne, who holds a Bachelor of Arts in history from Vanderbilt University, showed them the document and discussed George Washington’s role in the war. He also brought copies of the Declaration of Independence with him, challenging students to find Thomas McKean’s signature. “Maybe he misspelled his name,” one student exclaimed during their search. Students eventually found McKean’s signature on the declaration, spelled “ThoMcKean.”