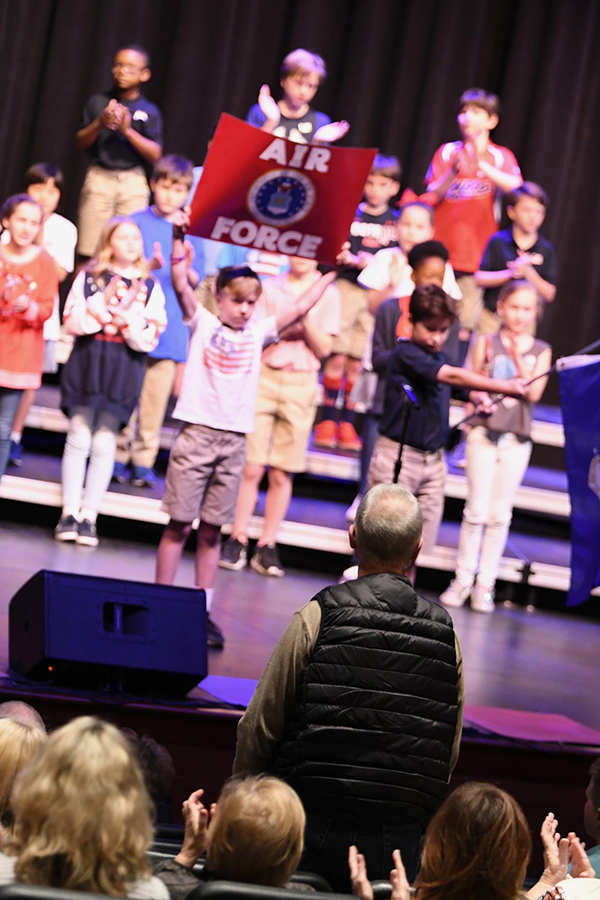 Attired as generals, Uncle Sam, Lady Liberty, and the stars and stripes, our littlest learners had a wonderful time parading through campus Friday morning! Students in K3, K4, and K5 gave high-fives, chanting “U-S-A! U-S-A!” and waving flags as they passed through the Lower School playground where their friends from first through fourth grade lined the walkway, cheering them on. Next, the students marched through the Administration building, charming staff and faculty who were there. The parade ended in the gymnasium. Army Captain Justin Schade, father of two JA students, offered a prayer of thanks for the freedom we experience in America, and for the men and women who fought to establish and serve to protect that freedom. Students then sang patriotic songs for an audience of parents – including active duty members of our military and veterans!

At the Patriotic Day program for grades one through four, the first graders came first, waving flags and singing “You’re a Grand Old Flag!” More songs followed as each grade sang and recited a poem for the audience. One of the highlights of the Patriotic Day program was a slideshow of photos of current Lower School students’ family members who are either serving or who have served in the military. Another special moment happened when a medley of the fight songs of all five branches of the military was played. Veterans and active duty military who were present for the program stood during their branch’s song, and the audience applauded them as a way of showing gratitude for their service. At the end of the program, all of the Lower School students stood up from their seats and sang a song to say “thank you.”