Branson has always liked team sports and has played whatever was in season since the age of 4 or 5. Football, basketball, and baseball were always his top favorites. Branson is a five-year varsity starter and has been an All-District player three times in baseball.

Parker is also a multi-sport athlete who has lettered on the varsity baseball, football and track teams. He was selected to the All-MAIS Team and the All-Conference 1st Team in baseball. He was ranked the No. 1 catcher in Mississippi by Perfect Game and was named to the Perfect Game All-Tournament Team and All American Team.

On Wednesday of this week, JA will host a second event for Parker Bracken, who will sign to play Beach Volleyball at Louisiana State University, and Jackson Conn who is committing to Mississippi State University’s baseball program. 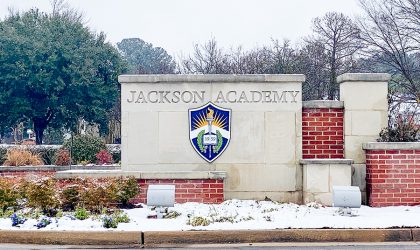 Monday morning, Jackson Academy families awoke to snow on the ground and enjoyed the day off from school to play in the snow. The school’s administration announced Sunday that school would be closed Monday as a winter storm blanketed parts of Texas, Louisiana, Alabama, Tennessee, and, most importantly, Mississippi, in snow. 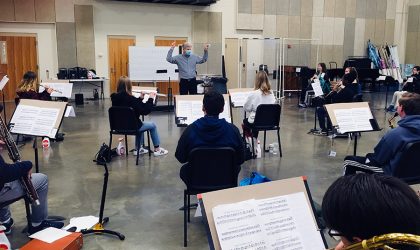 The Mississippi Association of Independent Schools held the annual concert band clinic Thursday and Friday in an abbreviated fashion. Jackson Academy musicians were among those who auditioned via recordings to perform with musicians from other independent schools. MAIS limited the clinic to 50 students this year. Students from eight schools earned spots. In a socially distanced setting at Hinds Community College, nine students represented JA, most holding first or second chair positions. 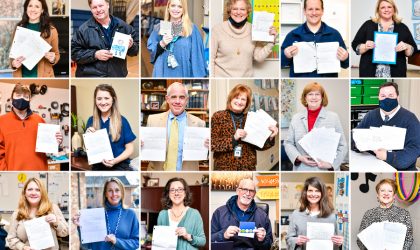 On Thankful Thursday, third and fourth graders reflect on the people and things they feel grateful for. They write their thoughts in gratitude journals, and on some Thursdays, they write their thoughts in letters to the people they are thankful for. “Ms. Love has started doing Thankful Thursday each week during her morning message to the Lower School,” Fourth Grade Teacher Abbie Cox explained. “In conjunction with this, many teachers have discussed being thankful more in depth on Thursdays in their morning meeting. Now more than ever, it is so important to recognize the many blessings we have been given.”