Grandparents didn’t mind returning to school one bit, as long as they got to sit beside their grandchildren. Over 200 grandparents, relatives, and special friends braved a bit of stormy weather to attend JA’s first Upper School Grandparents Day Friday.

Grandparents didn’t mind returning to school one bit, as long as they got to sit beside their grandchildren in class. Over 200 grandparents, relatives, and special friends braved a bit of stormy weather to attend JA’s first Upper School Grandparents Day Friday.

The main difference in the school day for grandparents and what their grandchildren experience at school? No tests were required.

The greatest generation cheered at a pep rally, listened to historical and literary presentations, got a sneak peak of the Newsies performance, and listened to a panel discussion about politics and healthcare. They concluded their day with a picnic lunch with their grandchildren, hosted by Caroline and Jack Milne.

Among the more than 200 visiting their JA students were grandparents, relatives, special friends, and former teachers. Both a grandparent and great grandparent attended with one grandchild. Another had a big brother, while one invited a favorite retired teacher. One grandmother gathered a few new grandchildren to love on while she was at JA.  One couple traveled from South Carolina to take part.

In the academic portion of the day, Head of School Jack Milne presented a talk entitled “Lincoln and Fort Sumter: Who Really Fired the “First Shot” of the Civil War?” Sandra McKay from JA’s English faculty presented “Love’s Habit of Faith in Eudora Welty’s ‘A Worn Path,’” in which she described the dedication of a grandmother to her grandson as the elderly protagonist walked the worn path to acquire medicine. To complement McKay’s talk, a selection of Welty’s photography on loan from a private collector was displayed in the PAC gallery. Grandparents and other guests were delighted when cast of Newsies offered two numbers from their musical, including a challenging tap routine.

Before sessions concluded for lunch, six students representing ninth through twelfth grades posed questions to distinguished panelists during The Future of Politics and Healthcare in America. Serving on the panel were grandparents Dr. Glyn Roy Hilbun, general surgeon and a member of Dr. James D. Hardy’s organ transplant team at UMMC; Dr. Phillip Arnold, former chief of plastic surgery at Mayo Clinic; and the Honorable Haley Barbour, 63rd Governor of Mississippi and past Chairman of the Republican National Committee. Former parent, the Honorable Chip Pickering, former House of Representatives, was the fourth panelist. Anne McCaslin Snow ‘09, moderated the session. The session touched numerous topics including the electoral college, obesity, robotic surgery, and social media in politics.

Grandparents Day 2019 concluded with many hugs and smiles, a sure sign that both grandparents and grandchildren hope that a day dedicated to this special bond becomes another beloved JA tradition. 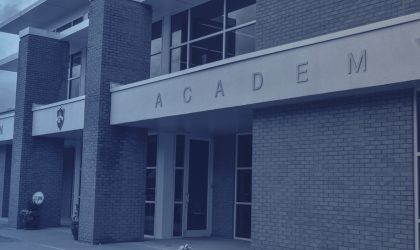 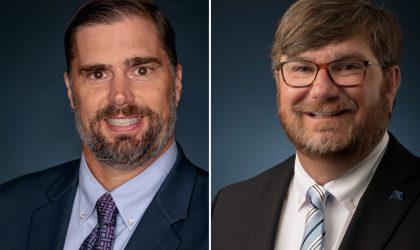