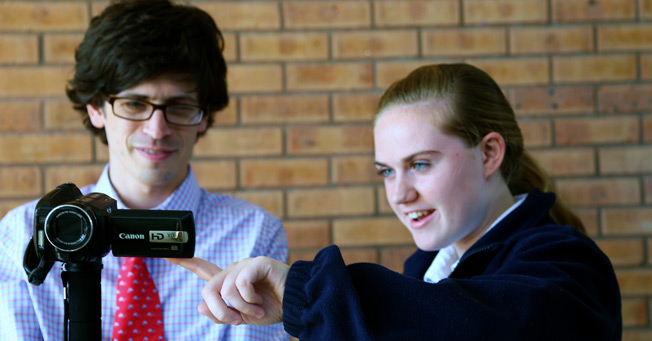 Students in JA’s film analysis, animation, and interactive media classes are developing literacy in a medium that is all around us. “Video is an integral part of contemporary society. Media literacy will someday become as important as being able to read,” says Will Goss, Upper School film/media instructor.

And while video usage has rapidly gained momentum, JA students have just as quickly learned the concepts and skills necessary to produce videos that inform, entertain, or inspire.

“It’s really cool,” said senior Ally Thigpen, who developed a video for interactive media class about Hurricane Katrina using the editing software, iMovie. Each student chose a recent historical event, downloaded related videos from YouTube, and cut together a new film from the clips, providing appropriate credit for each source. “One student chose 9-11, which was really timely, with the remembrance of 9-11 occurring last week,” said Ally.

Ally said that her teacher guided students in the use of the editing software as well as in the application of transitions, titles, timing, and voiceovers. In an earlier photography project, students wrote their own story and instead of filming the story, they took still photography and then arranged the photographs into the story sequence in a video. They learned about composition of shots such as close-ups and long shots. Another project was the creation of a storyboard, a visual planning tool for developing the concept of a video or film.

Instructor Will Goss, originally from Clarksdale, Miss., teaches interactive media, film analysis, and eighth grade rotation (film and animation). He completed a Bachelor of Arts from the University of Georgia. While earning a Master of Fine Arts from the Art Institute of Chicago, he studied film and media history, made three fiction films, and created several music videos. His academic areas of expertise are film studies, film production, and literature.

When he was considering a return to Mississippi an opportunity at JA arose. “I applied to teach at schools around Mississippi, and luckily there was an opening at JA,” he said. “I would like to develop this class, adding new projects as technology advances.”

When not teaching students about story composition and production, he enjoys reading, making music and movies, watching tennis, visiting with friends and family, and washing dishes (yes, really). He also has his lens on the possibility of producing a future movie that would land him on the red carpet or at Cannes. 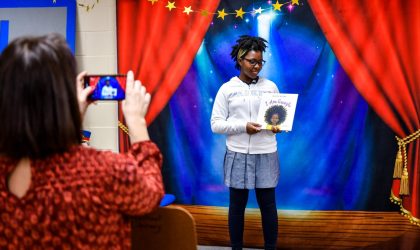 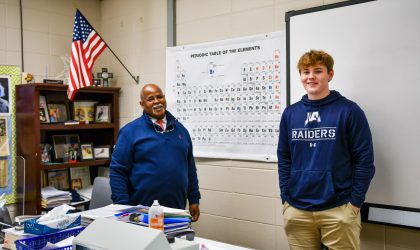 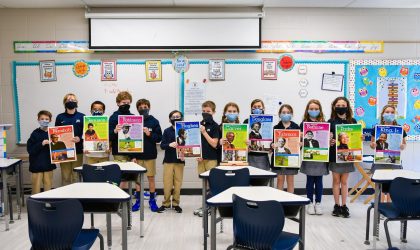