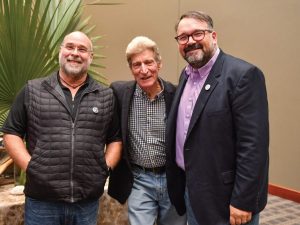 A JA sophomore and four Jackson Academy alumni contributed to a documentary released last month on Mississippi Public Broadcasting. JA helped celebrate their work with a film screening and installation of 10 Walter Anderson originals on loan for the day from the Mississippi Museum of Art. 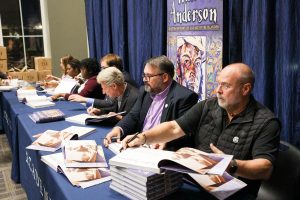 Art enthusiasts and donors gathered on December 8 in the JA Performing Arts Center to view the 56-minute film, Walter Anderson: The Extraordinary Life and Art of the Islander. A five-minute featurette before the film highlighted the contributions of the four JA alumni and current JA sophomore Sydney Thaxton. Bryant Thaxton ’18 composed and conducted the score for the film. Fumi Hall ’21, Courtney Francois ’20, and Carter Elliott ’20 were instrumentalists. The latter three were JA students at the time of the recording. 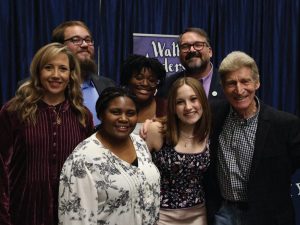 John Anderson, right, with JA alumni who contributed to the documentary and the Thaxton family.

The film explores the famed coastal artist’s life, relationships, and contributions to art through personal stories offered by family members and other artists. In addition to some artwork and memories not previously made public, a segment of the film includes a discussion of the damage to a large body of Anderson’s work during Hurricane Katrina. After the screening, Director of the Mississippi Museum of Art Betsy Bradley led a panel that included Walter Anderson’s youngest son, John Anderson, documentary filmmaker Anthony Thaxton, and producer Robert St. John. 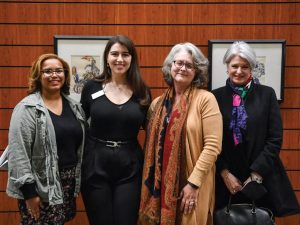 Event guests viewed the original Anderson pieces installed in JA’s Gallery during a reception and book signing of the film’s companion book of the same title. Works on view included the watercolors Fall Foliage, Seashells, Green Heron, Two Baby Birds, Birds and Waves, Blue Crab, Box Turtle, Grasshoppers, Frogs, and the ink on paper, Terns. The museum acquired these pieces as early as 1967 and as late as 1996. JA art teachers and students discussed Anderson and visited the exhibit throughout the day. Art faculty and students were provided a link to the documentary and notes on Anderson prepared by Mississippi Museum of Art curators.

A Conversation with John Anderson 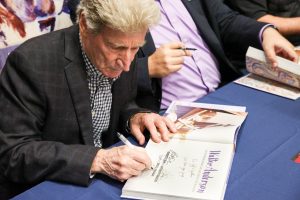 The youngest son of Walter Anderson spent time at Jackson Academy on December 8 as part of a screening of the new documentary, Walter Anderson: The Extraordinary Life and Art of the Islander. “We are just getting to the point where you can look at him clearly,” Anderson said about his father. He contrasted what is appreciated about the artist now with what people, including family, expressed about Walter Anderson during the years he lived reclusively. The artist often paddled a rowboat from Ocean Springs to Horn Island where he would live primitively for periods on the island. The film, John Anderson believes, helps depict Walter Anderson “the way he was rather than the way people thought he was.”

John Anderson was one year old when his dad left their family home to move alone into a cottage at Shearwater, where the family produced pottery. During these 20 reclusive years, his children would take a bowl of soup or other food that their mother had prepared over to him but not go into the private cottage. Through the windows, they could see artwork painted on the walls. John Anderson said his mom taught school, and the children sometimes resented this because they saw that their aunts were able to stay home, but their mom was not. The children were “angry with him. We were embarrassed by him,” Anderson said. It was not until after his death that the family discovered his work’s volume. John Anderson said his father spent almost every minute of every day creating art.

John Anderson now spends his time helping “interpret him to a society that sometimes does not comprehend” Walter Anderson. John Anderson studied neuroscience in graduate school, including children’s learning problems. “People seem to see all differences as deficits,” he said.

He believes the documentary helps in the effort to interpret Anderson. Filmmaker “Anthony [Thaxton] is a miracle worker. He had to weave this collection of interviews into an artwork that fit together. Because I was part of the process, I know what an accomplishment it was,” he said.

Young Harmonies: Behind the Scenes of Walter Anderson

Mississippi College student (and JA alumni) Bryant C. Thaxton composed and produced the music for the new PBS documentary, “Walter Anderson: The Extraordinary Life and Art of The Islander.” He enlisted three students from Jackson Academy to perform the instruments (joined by two friends on percussion from MC). Sydney Thaxton joined in the production by filming additional cinematography. Enjoy this 5 minute featurette exploring the fun creative process of these young artists and how they helped make this fun great. 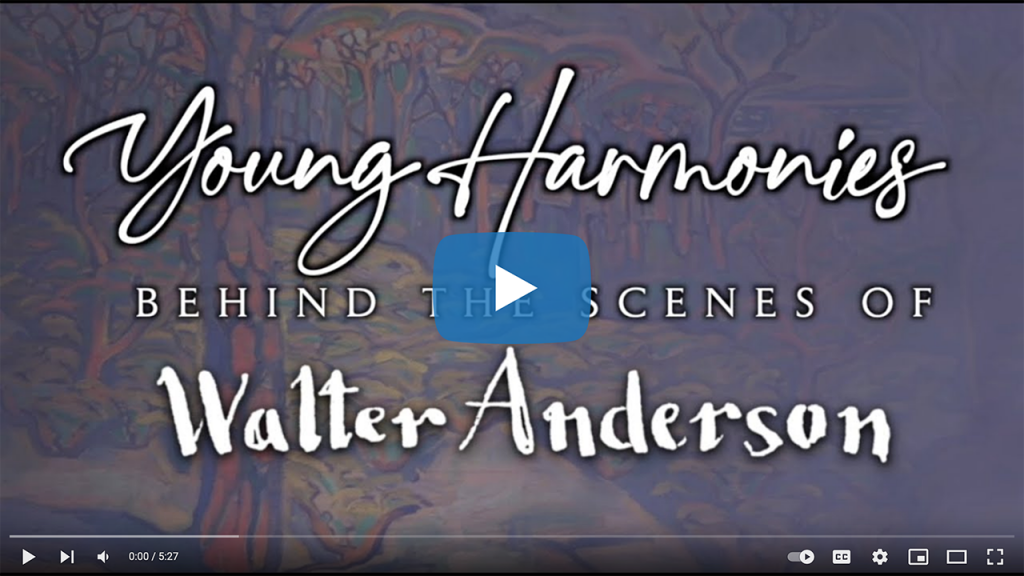 Click here to watch the complete film”Walter Anderson: Extraordinary Life and Art of the Islander” on the Public Broadcasting Service (PBS) website.