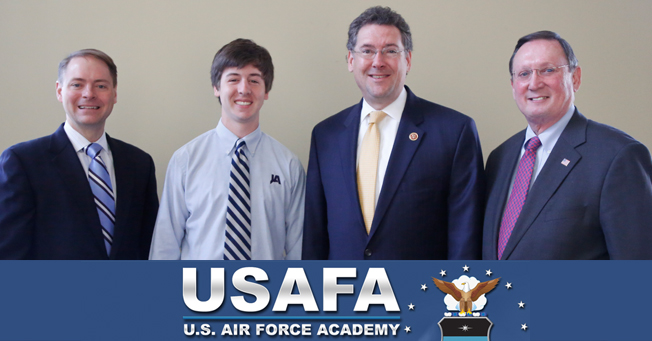 U.S. Rep. Gregg Harper visited Jackson Academy Monday, March 31 to take part in a ceremony recognizing the appointment of JA senior William Hontzas to the United States Air Force Academy. William was one of 9,000 applicants to the Air Force Academy in Colorado Springs, Colo., and one of 1,190 selected. Six of those selected are from Mississippi, according to Steve Guyton, military academy coordinator for U.S. Rep. Harper and for U.S. Sen. Roger Wicker.

The event was held in the PAC and was attended by William’s family, Upper School students, and representatives from various public offices.

“To get into a military academy is no small step,” said Harper. “It is very competitive.” The congressman presented William a certificate and a flag that had been flown over the U.S. Capitol. Harper commented on William’s leadership that has included serving as student body president of JA, a state senator in Boys State, and as a community volunteer and a member of sports teams. He encouraged students who are interested in leading to read the Old Testament book of Nehemiah, which offers a portrayal of leadership.

Upon graduation in 2018, William will be commissioned a Second Lieutenant who will serve for five years, although most graduates continue Air Force service beyond that time. 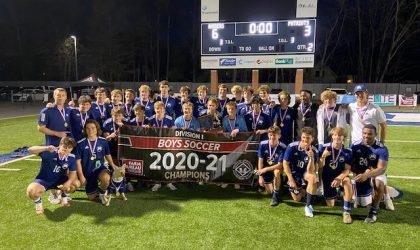 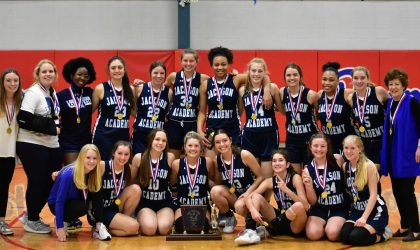 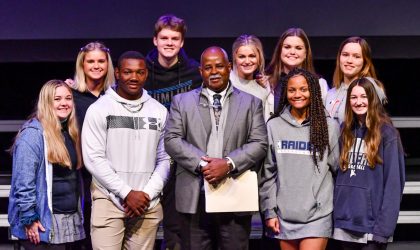