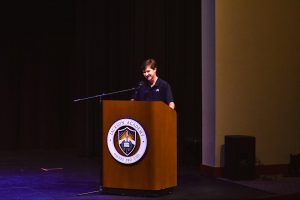 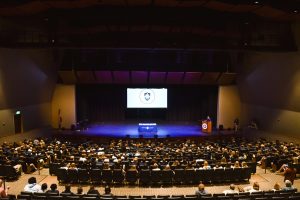 Head of School Palmer Kennedy delivered remarks encouraging students to think about a person’s limitless potential for character and integrity. He noted that although all are not blessed with the same potential in academics, arts, or athletics, God places no limits on character and integrity. Kennedy encouraged students to maintain honor and integrity as they seek to build a life of purpose and significance both now and after completing their academic tenure at JA.

“As members of the Jackson Academy community, we will maintain the highest standards of integrity and respect while striving to achieve excellence in and out of the classroom. As such, on my honor, I will not lie, cheat, steal, or tolerate those who do.” 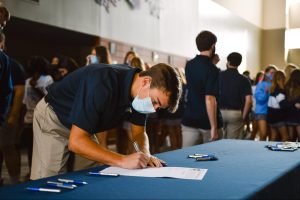 Click here to read more about the establishment of the Jackson Academy Honor Code.