In the Spring and Fall of 2020, we embarked on a feasibility study in conjunction with the J.F. Smith Group to gauge opinions regarding the strategic direction of the school.  Opinions regarding the quality of our academics, faculty, facilities, public perception and communication were all recorded.  Moreover, we tested six school-prioritized capital projects.  During this process, our constituency base indicated that renovations and facility upgrades based on current and future space utilization and program usage within each division including a series of state-of-the-art science labs for current and expanding curriculum across campus for all ages was most important.  As prioritized in the feasibility study, a future phase would add a new multipurpose student life component to our current competition gym that would provide additional space to enhance our current and future academic, athletic, and co-curricular programming.

As a result of these findings, the board of trustees has initiated the Investing in Our Mission: A Capital Campaign for Jackson Academy.  With a campaign goal of $4,450,000, and a vision goal of $6,450,000, the campaign will enable JA to advance the school’s programming and facilities in ways that reflect the dynamic needs of education for current and future generations.  This initiative would not be possible without the gifts of individual and company donations.

The two-phase plan forecasts new construction, facility upgrades, and renovations.  Feedback from the JA community guided the school’s prioritization of each phase.

We hope you will consider joining us in the important capital campaign. If you would like to learn more about how you and your family can be involved, please contact Jim Wilkirson at jwilkirson@jacksonacademy.org or (601) 506-9493.

Projects planned in the first phase include:

If the vision goal of $6.45M is reached.  Projects planned in the second phase include:

If additional funds are raised beyond the two-phase plan, our master plan vision of $10,780,000 would give JA’s north campus at the school’s main entrance off of Ridgewood Road a more cohesive feel and include:

Jackson Academy is a special community dedicated to helping identify our studentʼs greatest talents, develop their particular gifts, and live with a strong sense of faith and purpose.  We are excited that you are a part of this school with such limitless potential.  With Investing in Our Mission, we are building on the wonderful history and traditions while embracing the exemplary achievements of our present and the boundless possibilities of our future.  Join us on this journey!

The positive impact Jackson Academy has had on those it serves would not be possible without the physical and financial support of our families and friends.  Together we can make this capital campaign one of the crowning achievements in the schoolʼs history.

We hope that you share our vision to enhance this wonderful school, and we ask you to consider making a commitment in support of Investing in Our Mission: A Capital Campaign for Jackson Academy.

Your gift may be established as a pledge, payable over three years.  Pledges do not necessarily have to be made in equal installments.  Some families, for instance, have chosen to increase their payments as time passes.  Gifts to Jackson Academy are tax-deductible, as allowed by law.

We thank you for your thoughtful consideration of this request. 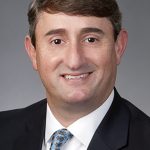 “Our mission at Jackson Academy challenges us to inspire and equip each student to lead a life of purpose and significance. This campaign calls on our entire nurturing and spiritual community to invest in that mission to assure that Jackson Academy is able to fulfill its charge for all of our students at every level of our school for years to come.” 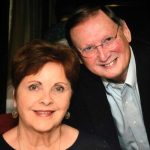 “Since Jackson Academy’s humble founding in 1959, its dedicated purpose was one of service to students, their families, and the greater Jackson community with an all encompassing spirit of excellence undergirding its worthy educational goals, objectives, and endeavors. The current mission of Jackson Academy is to inspire and equip each student to lead a life of purpose and significance within a nurturing and spiritual community is the cornerstone for JA’s continued academic and co-curricular excellence and its rich, time honored traditions. As a result of Jackson Academy’s strong commitment to its mission, JA has become one of the leading independent schools in the southeast. We personally have been privileged to have been a part of the JA family for over thirty years and have witnessed the dedication of devoted leadership, family support, and sacrificial giving that has allowed our school to become a beacon in the Independent School world. The most important and paramount observation is the immense success of the thousands of graduates who are leaders and making significant contributions in their respective professions in our state, nation, and beyond.” “This Capital Campaign “INVESTING IN OUR MISSION” is significant and much needed if we are to sustain and enhance our educational objectives and goals so that we can ensure an even brighter future for the students and families of Jackson Academy. We invite you to prayerfully and respectfully consider joining us in supporting this most meaningful Campaign.”

Janna and Will ʼ03 Lampton, Campaign Co-Chairs

Janna and Will are parents of two children Leighton and Ellie,a rising second grader and rising Kindergartener. Janna and WIll are active members in the Jackson Academy Association (JAA) and Janna will serve as the K5 Chairman for the 2021-2022 school year. Will works for Ergon, Inc. as the senior procurement specialist. The company refines and distributes petroleum products and serves customers in over 90 countries. 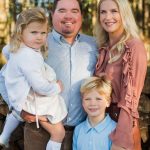 “I attended JA from Pre-k through 12th grade and absolutely loved it. JA was the perfect school to prepare me for my journey ahead in so many ways. When we moved back to Jackson and my kids were at the age to start considering a “big” school, I told my wife that I was extremely biased to JA so she could make the choice since she was from Atlanta and did not share my bias. We toured several different schools and when we got done touring JA, it was a no brainer. I thought the school was nice when I graduated in 2003 but when we toured in 2019, I was shocked at how much it had grown and improved over the past 15+ years. This is why we chose to co-chair this capital campaign. Outside of faith, education is the most important investment we can instill in our children for the benefit of their personal and professional development. We felt like JA already encompasses both these values well and are building to improve them through growth and investment in their staff and students through campaigns like this one.”

Geri Beth and Allen are parents of three children, Robert Allen, Davis, and Peyton, a rising sixth grader at Jackson Academy.  Geri Beth and Allen are active members of the JA Booster Club with Allen coaching middle school football and the Jackson Academy Association where Geri Beth currently serves on the JAA Board after successfully chairing several committees for Blue and White Night and JA Carnival..  Allen is an nationally recognized plaintiff’s attorney with over two decades of experience and the  owner and operator of Smith Law Firm, PLLC named by U.S. News and World Report as one of the Best Law Firms for 2017. 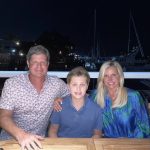 “The Jackson Academy Investing in Our Mission capital campaign seeks to inspire and equip each student to lead a life of purpose and significance. Many of the projects being considered for this campaign are intended to bolster the infrastructure already in place, as well as provide new advanced technologies and learning capabilities for our students. Please help us put JA’s best foot forward and continue to provide the premier learning environment for our children. Your support and contribution will directly serve Jackson Academy’s important mission. Will you join with current families and supporters of Jackson Academy in providing for the future? On behalf of the Jackson Academy family, we sincerely appreciate any support you can offer.” 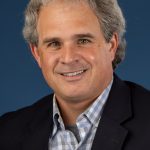 “The members of the JA Raider Community that have gone before us have always given sacrificially to enable us to work hard to ensure that what was started in 1959 will be able to continue in 2021 and beyond. Because of their example and the legacy that they have built – we are charged with continuing on the tradition of giving not only a great school, but also to a great community that impacts and changes lives. The contributions that will be made will build physical structures and help create new programs, but more importantly, these contributions will help teach Biblical lessons, instill standards of high character, and enrich the lives of our families and students.”

Jackson Academy is a 501C(3)organization.  Your contribution is deductible to the fullest extent of the law.  Please consult your tax advisor regarding your individual tax situation.